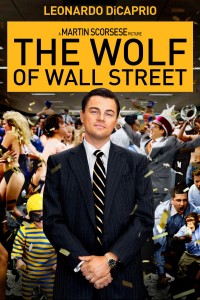 The Wolf of Wall Street, Martin Scorsese’s shocking new feature, depicts the life of Jordan Belfort, a pump-and-dump stock manipulator who lives a life of ostentatious luxury and debauchery while bilking sucker investors.  The story, based on the memoirs of true-life Jordan Belfort (written while in prison), depicts a culture of recklessness, indifference to others and greed.

The Wolf of Wall Street story raises a practical question: what steps could firms take to weed out miscreants of the kind played in this movie by Leonardo DiCaprio?

Veris differs from traditional background investigations, credit checks and personal interviews, with the intention to buttress these traditional processes.  What Veris offers is scientifically rigorous psychological assessment tools with which prospective employers can estimate probabilistically  a candidate’s degree of trustworthiness.

Veris turned to top experts in designing these tools.  Two of the Veris founders are renowned practitioners in the field of psychological assessment: Dr. George Paajanen and Dr. Thomas Janz; both took their PhD’s from the University of Minnesota and have published extensively in peer-reviewed journals.

In seeking to protect against criminal fraud, the Veris founders decided it would not be good enough to create mere academic models.  They wanted to profile people like Jordan Belfort directly.   Therefore, after years of analysis and preparation, they gained privileged access to penal institutions, where they administered assessments directly  to convicts serving time for white collar crimes.  Out of this research, Veris experts developed a revolutionary eight-dimensional model of trustworthiness.

Dr. Paajanen separately noted, “To understand the trustworthy person, it helps to study the opposite–those who breach trust. To pinpoint the qualities of a risky candidate, we went into prisons and systematically assessed over 800 persons convicted of white-collar crimes. Most white-collar felons failed the assessment while most people in the normal population passed. No other testing company mines such rich comparable data on actual white-collar criminality.”

Is it possible for a high risk person to outsmart the test?  Dr. Janz commented: “These inmates are often very shrewd, but our design makes it difficult to outfox the tests by deliberately assuming a false posture. We’ve invited some convicts to try to beat the test, but typically they failed to improve their score and frequently they worsened it.” Veris aims its offerings at companies who must place great trust in their employees and managers. Commented Andrew Szabo, also of Veris: “This common need embraces fiduciaries such as banks, insurers, fund managers, law firms and public accountants.  It also includes firms who safeguard security, such as police forces, and those who must protect highly confidential data, such as government bureaus, credit card companies and healthcare organizations.”