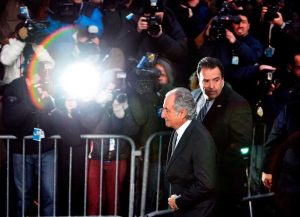 Public confidence in the sector has deteriorated dramatically since 2008 after a succession of scandals, including the latest ending with Wells Fargo CEO John Stumpf stepping down.

One of the most personal instances of fiduciary fraud for Shulman was the Bernie Madoff case, which was exposed in 2008. Shulman said many of his friends and family were affected by Bernard L. Madoff Investment Securities, one of Wall Street’s largest firms, whose Ponzi scheme defrauded investors of more than $60 billion.

“It hit home,” said Shulman, who spent more than 30 years working on Wall Street. “There’s nothing more shattering than waking up one morning and finding out it’s all a fraud; overnight your investments have disappeared.”

Shulman said he “took a step back” and examined companies’ processes for screening potential employees. A few years of research led him to concludenot much was being done aside from background checks and drug tests. 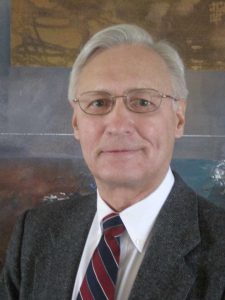 “There was nothing to check for moral fiber,” Shulman said. “There was a gaping hole for those acting as a fiduciary,” which Shulman defines as anyone who handles “life assets.”

Today, Shulman is founder and chief executive officer of Veris Benchmarks, a company that provides a “personality test for moral fiber.” The company began offering its tool, Veris Professional, commercially in April.

Using responses from more than 800 white-collar felons serving prison time for the crimes Shulman hopes to prevent, Veris Benchmarks evaluates a person’s propensity for making decisions that could lead to fraud by comparing their results to those of felons.

The company’s psychometric scientist, Dr. George Paajanen, who has experience designing pre-employment assessments, described Veris as a method of identifying “people who, at time of candidacy, will go on to be productive, high-integrity employees instead of those who err toward fraud.”

Industrial psychologists Paajanen, who developed the PDI Employment Inventory, and Dr. Tom Janz, chief scientist of PeopleAssesments, worked together to develop the 103-question test, which reduces the results to scores in eight key characteristics. These include accountability, ambition, cautiousness, commitment, conscientiousness, consideration, empathy and sincerity.

The categories were chosen after extensive research showed they are common to everyone, Paajanen said. Just as people can be compared across the population by height, these characteristics can be used to compare people’s personalities.

“There’s nothing tricky about it,” Paajanen said. “It’s just 100 questions about what people think and do.”

The core of the assessment is gauging a person’s tendency to justify or rationalize their actions.

“Plenty of white-collar criminals denied there was a problem,” Paajanen said. “Rationalizing reasons for committing fraud of some kind is very common among white collar offenders.”

These actions often follow from people who believe they were “disadvantaged earlier in life,” Janz said, and they make “justifications for counterproductive behavior.”

He said everyone with fiduciary responsibilities is “tempted all the time” and, for the purposes of this assessment, they defined moral fiber as “how much resistance a person has to temptation.”

Paajanen is one of few to obtain access to felons to collect test results from them for Veris and a project for the United States Department of Justice in the 1990s.

Responses from about 40 prisons represent a large part what makes Veris unique, Shulman said. Paajanen and Janz reviewed the responses and assigned a number out of a 100 as a norm for the felons. Everyone who takes the assessment is given a number that can be compared against that benchmark.

Additionally, Shulman said he encourages companies that adopt Veris to give their current employees the assessment to register its own benchmark against which potential employees’ scores can be compared. Veris does not tell companies what number is acceptable — that’s up to each institution, Shulman said.

Some companies prefer to assess only new employees, so it will take a few years to gather enough data to determine their norm, Shulman said, but it won’t take long to infuse the company with employees who meet a certain standard. He hopes Veris Benchmarks will someday become a tool integrated into all applicant tracking programs, giving it the power to transform industries.

Shulman emphasized that Veris should not be a company’s sole method to screen applicants. It is intended to be an integral tool within a battery of others to fully screen potential employees.

He hopes companies will want to market that they use Veris because it will signal they are interested in protecting their customers and shareholders from harm.

Shulman said he markets Veris as another objective, data-driven way to evaluate employees in a world where subjective interviews are “becoming a thing of the past.”

Employers are increasingly interested in hiring analytics, Janz said. Everyone should appreciate the trend, he said, because otherwise decisions are based primarily on someone’s opinion.

“Do we want to make evidence-based decisions or opinion-based decisions?” he asked. “This test is just one way to have an objective answer about whom to trust.”

There are three factors people should consider when someone tells them who to trust, he said: How do you know that? How sure are you? How did you arrive at that level of confidence?

“We answer those questions with this test, but most people don’t have that answer,” Janz said.

Shulman’s future plans include continued research to refine Veris’ accuracy and value. He hopes to receive assessment results from more high-profile white-collar criminals. He said Veris is tracking employees who have been scored by Veris to show companies how much more productive those who perform well on the assessment do in their jobs.

Veris isn’t yet able to work with small companies. It’s ideally suited to clients who hire about 100 people annually. Shulman said he wants to explore working with smaller businesses and more industries.

His final pitch for people to try out his tool plays on humans’ innate curiosity. “If you can have this type of information, wouldn’t you want to know?”

We are living through unprecedented times. Social distancing has forced companies to adopt to a remote working environment. However, hiring remote employees is a significantly more challenging process. Gathering valuable insights into a prospective employee would have been simpler through a traditional face-to-face interview. Remote hiring requires an essential tool for personal integrity validation.

Veris Benchmarks Trust Profiler assessment is an additional hiring tool. The Trust Profiler is uniquely designed and validated with thousands of data points to objectively assess personal integrity. And better, the Trust Profiler can be setup in no time, takes minutes to administer, and can be almost immediately available to generate results and provide valuable insights to determine if your candidate is the proper fit for your company.

Especially in a remote working world, be more informed and Hire with Confidence.